KUALA LUMPUR: The Malaysian Foundation for the Blind (MFB) and the Muslim Youth Movement Malaysia (Abim) today launched a fundraising campaign to translate, print and distribute history books in braille for visually handicapped students.
Abim vice-president Zairudin Hashim said the initial target of the campaign is RM100,000, which will be used to produce and distribute the text books.
“Most of the books cost around RM90. They are quite expensive and usually only last one or two months as they can easily get damaged and need replacement,” he said.
If more than RM100,000 is raised, he said, Abim and MFB can use the additional funds to conduct a roadshow advocating for the rights of the blind community. 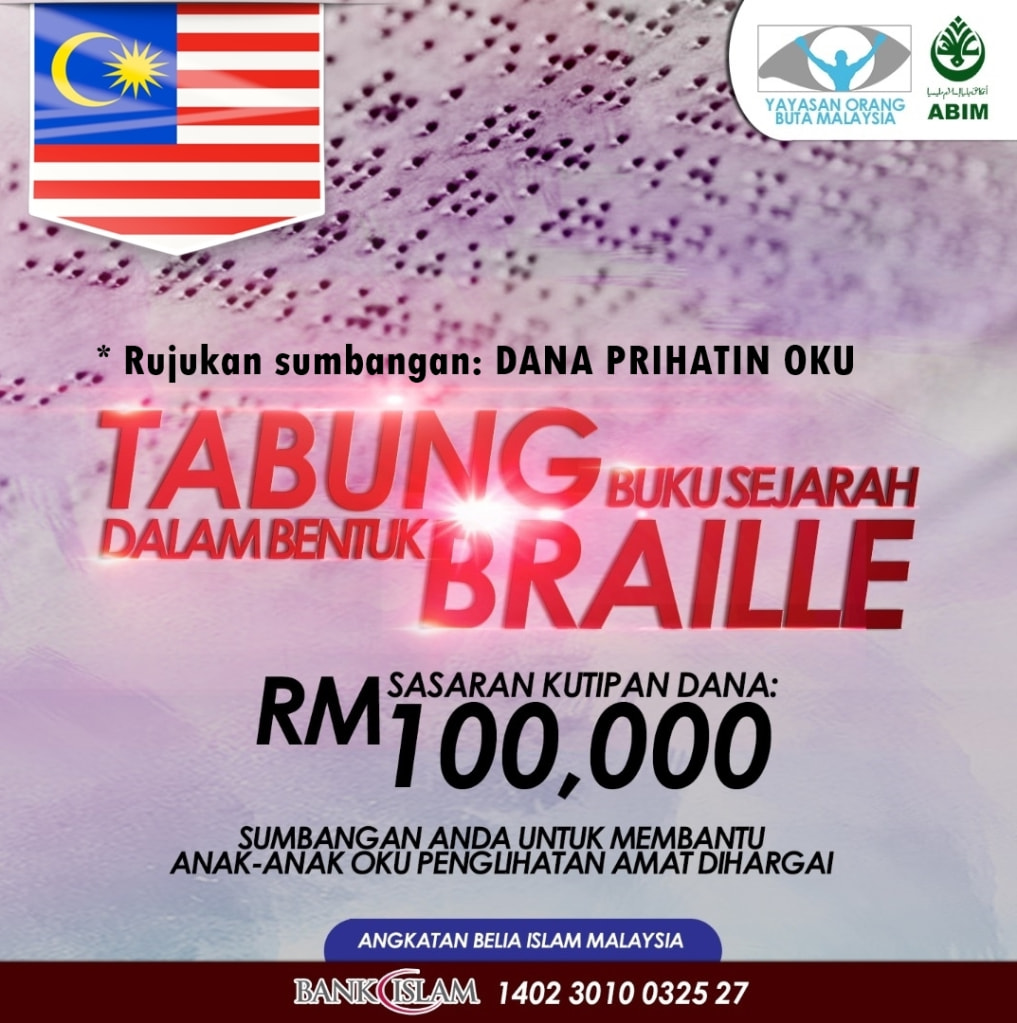 “We tend to see disabled people as people we need to give money to, but actually, there are many who contribute to our society, so we need to understand they have the potential to give to the country.
“As fellow Malaysians, we need to make sure we don’t forget them.”
MFB founder Silatul Rahim Dahman said this initiative was important for blind students.
“If their needs are not met, they are going to face a lot of difficulties in their studies,” he said.
He hoped the fund will not just produce braille books but also raise awareness on the needs and rights of blind.
“People will not understand our actual problems, feelings and difficulties unless they are disabled, but nobody wants to be disabled. That is the dilemma we often face with the public.” 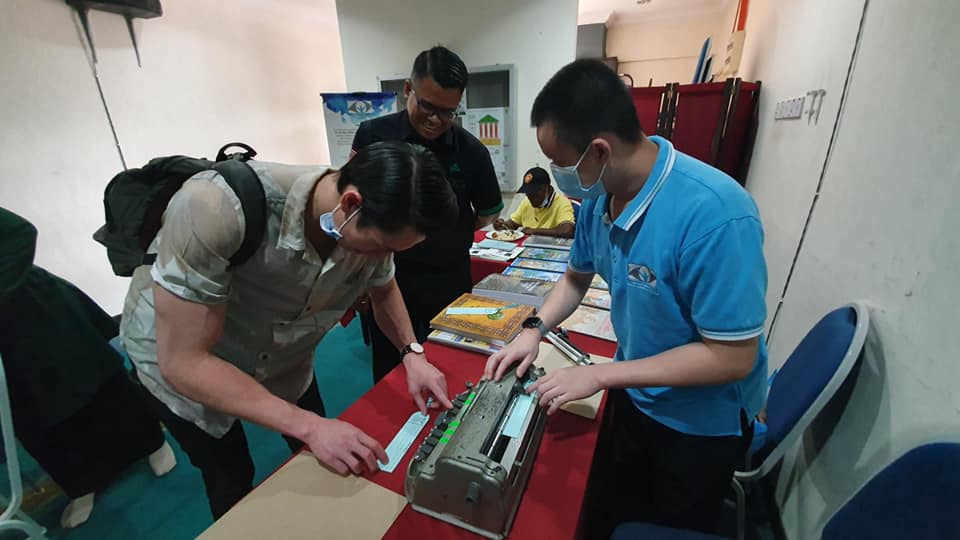 Silatul also wants to produce and distribute “books of the general order”, so that blind people can learn about their rights.
The books will initially be produced in Malay, but they hope to produce texts in other languages in the future. Sources: Free Malaysia Today.
Read 293 times
Rate this item
(0 votes) 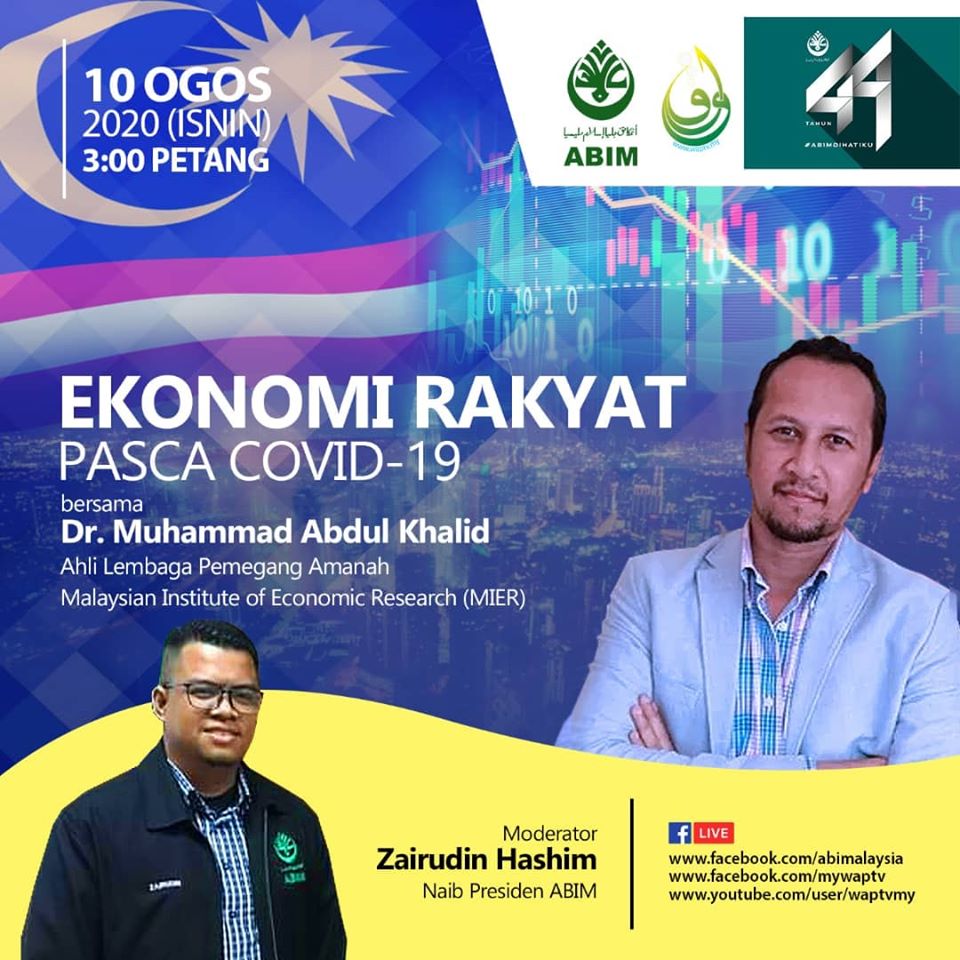 What I Learned From ABIM

ALL THE PIECES MATTER

KUALA LUMPUR: The direction of the education system should be in tandem with the qualities outlined in Vision 2020 by emphasising on local cultures to shape the identity of the country.

He said Dr Mahathir, who is acting education minister, had wanted to shape the future through local cultures back then.

“Dr Mahathir must have remembered that his Vision 2020 introduced policies that included the Look East Policy, which would have enabled us to become successful in our own mould.

“He (Dr Mahathir) was impressed by the Japanese. They have been successful despite using their own language (for education),” he said.

Dr Awang said this at the Islamic Youth Movement Malaysia’s (Abim) press conference to protest against the proposed reimplementation for teaching of Science and Mathematics in English (PPSMI) in schools.

Abim president Muhammad Faisal Abdul Aziz said Dr Mahathir should not have made any decision by himself.

“It is no longer like the old days when the government makes decisions without getting a consensus (from others).”

He said the government should have focused on other pressing issues.

“He told me that his Bahasa Melayu wasn’t very formal because it has a strong Malay dialect, but I feel that local dialects should be preserved, while the formal Malay language can be introduced in an education setting,” she said.

Dr Siti urged academicians and cultural experts not to be afraid to express their opinions about PPSMI. 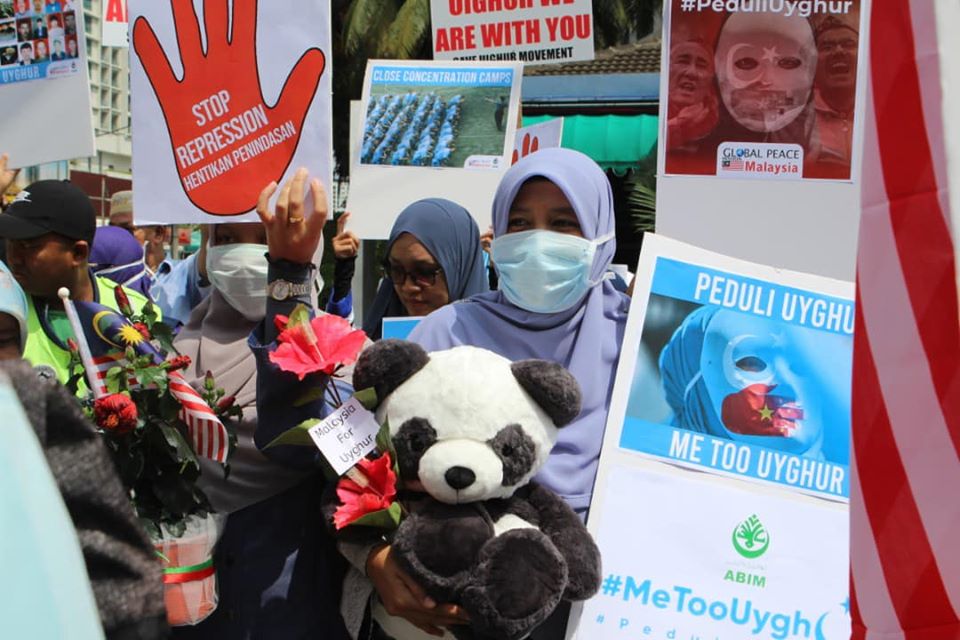